Margot was the youngest of the three daughters of King Henry II and Queen Catherine de Medici. (See pictured left)

Catherine was a widow by the time our story begins, her eldest son Francis II also dead. In addition, none of her three surviving sons enjoyed good health, so while in theory the crown was safe, there was no certainty they would all survive into old age, and these were risky times. France had been involved in civil war between the Catholics and the Huguenots for some years.

As with all royal princesses, Margot was expected to bring political benefit with her marriage, and various suitors were considered and rejected. In the end the Queen Mother, who’d never showed much affection for this daughter, decided Margot should marry Henry of Navarre, a Huguenot, in order to bring peace to the realm. Since the Valois were a Catholic House, this was something of a risky undertaking. Margot wasn’t at all too thrilled by the prospect. Henry was a third cousin whom she’d known from an early age, and she considered him something of a country bumpkin with garlic-tainted breath, and grubby feet from climbing mountains barefoot. There was some resistance from his mother, Jeanne d'Albret, but after she died, in somewhat suspicious circumstances, the wedding went ahead. 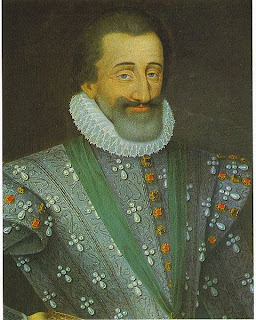 Days later the St. Bartholomew's Day Massacre took place where thousands of Huguenots were killed. Margot’s new husband was in danger of losing his head, and, as a Catholic married to a protestant and therefore accepted by neither, Margot too was far from safe.

But Margot was no average woman, rather one born before her time. She had long enjoyed a passionate love affair with Henri de Guise, and fully intended to maintain her right to continue with it, should her husband prove unfaithful, which naturally he did. Intrigue and scandal surrounded her at every turn, even when she was innocent. Margot soon took the view that she might as well live life to the full, and match her husband, affair for affair.

Her brothers, first the half mad Charles IX, and then the bi-sexual Henri Trois with his mignons, and pet dogs and monkeys, made furious attempts to control her. Admittedly with very little success, but which caused her considerable grief. Henri frequently accused his sister of licentious behaviour, despite being far more guilty of that charge himself. He behaved like a rejected lover, jealous of the least attention she paid to any other man. He was even jealous of her love for their younger brother, Alençon, accusing the pair of plotting against him. It was almost as if he worked on the principle that if he could not have her, then no one else
should. 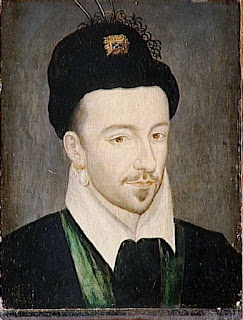 Henri and Catherine kept Margot a virtual prisoner in the Louvre for four years, and throughout that time Margot lived in fear of her life while recklessly flouting convention as far as she dare. Somehow she had to save her husband's life, help him to escape, and then follow him to safety. A task fraught with danger.
Posted by Freda Lightfoot at 3:59 PM 3 comments:

Review of Hostage Queen from Booklist

When one is of royal blood, marriage is a matter of politics, not romance. At least that is what Marguerite de Valois discovers when she is forced to give up her one true love, Henri de Guise, and marry Henry deNavarre. Desperately trying to maintain her son King Charles IX’s control over a France increasingly torn between Catholic and Huguenot factions, Catherine de Medici believes marrying Margot off to the prince of the Huguenots is the best way to keep the peace. But whatever advantage Catherine might have gained with Margot’s marriage to Henry is lost forever on August 23, 1573, with the Massacre of St. Bartholomew. Now Margot finds herself engaged in a deadly game of politics as she tries to keep both herself and her new husband safe from a most dangerous political adversary: her own mother. Lightfoot’s latest intriguing historical novel combines a fascinating, richly detailed setting with a dramatic plot brimming with enough scandal, passion, and danger for a Jackie Collins’ novel.
Posted by Freda Lightfoot at 12:06 PM No comments: