The Theatre Royal, Drury Lane acquired its name as when first built in 1662, it was looked upon as being part of the Royal Household. The troupe wore royal livery in scarlet and gold, still worn by royal footmen to this day. It was quite small, originally, seating no more than 700 people and in 1672 was destroyed by the first of several fires. 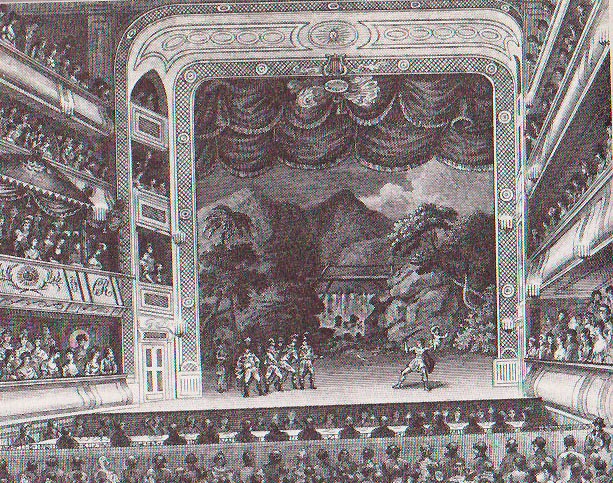 David Garrick (1717-1779), actor, manager and playwright. He preferred a more natural form of speaking rather than declaiming, as had been the fashion for some time. His own skills as an actor greatly influenced the art of acting, as he brought in a more natural approach, perhaps what we would call method acting, and generally raising standards, not least by insisting on regular and intense rehearsals.

The young bucks in the pit carried whistles to blow and upset any actor they did not care for. Neither did they hesitate to hiss and jeer and pelt actors with food, whether a bread roll, orange or a chewed wad of tobacco. They even threw lighted candles. This became such a threat that Garrick finally banished the audience from the stage, which also led to an improvement in stage furniture and sets. He also greatly improved the lightning which had chiefly depended upon chandeliers and candle-footlights.

The celebrated playwright Richard Brinsley Sheridan followed Garrick as proprietor in 1777, and proceeded to stage many of his own plays, his most famous being The School for Scandal, as well as popular ones of the day. Sheridan was tall and thin with a rigid posture, a charming man, if something of a contradiction, of Irish stock, raised mainly by servants after his parents returned to England. He was generally attired in a brightly coloured costume of blue coat and red waistcoat. But he also had a passion for politics and spent less and less time involved with the theatre. 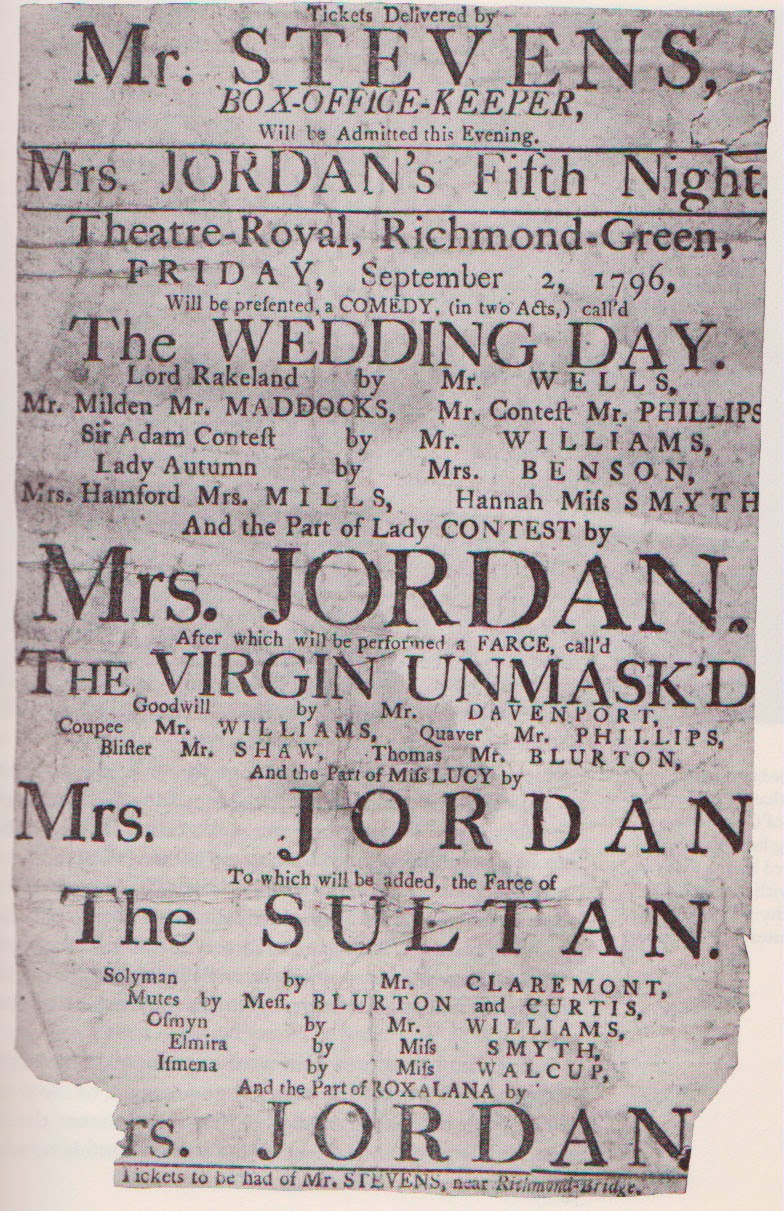 Theatre was extremely popular with the beau monde, who loved nothing more than to be seen, as much as they liked to see the play. The theatre was more often than not packed to the doors, so crowded that some people would be squashed almost to suffocation in the lower passages that led to the pit. Hats would be lost, shoes drop off as toes were trodden on, and several ladies suffered from torn gowns. Drury Lane was the place where the fashionable liked to come to see the great Mrs Siddons. They were content to sit and enjoy the tragedy, but Dora Jordan was famous for comedy, so whether the audience could be persuaded to remain in their seats long enough to view the farce after it, was the challenge she faced.

By 1791 the building had fallen into such a bad state of decay that rather than go through a complex refurbishment, it was decided to build another theatre in its place. Tragically, fifteen years later the theatre burned down for the second time! But it was again rebuilt, this time designed by Benjamin Wyatt on the elegant neo-classical model of the Grand Theatre of Bordeaux, it reopened in 1812. 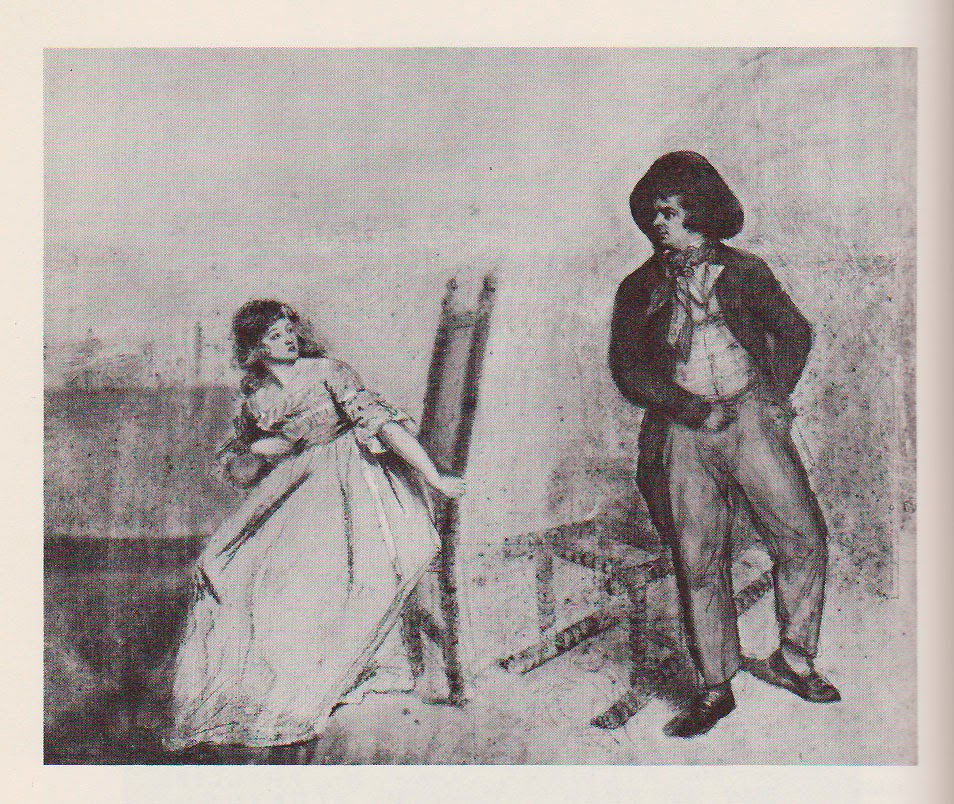 Sadly, Dora was running out of time by then as she died in France on 13 July 1816, possibly of liver disease. You can find out more about eighteenth century theatre in my two recent novels about royal mistresses who were also actresses. Dorothea Jordan, known as Dora, the most famous comedic actress of her day, and Mary Robinson who became more famous for her poetry and writing in the end, which was where her real passion lay.

I loved writing these stories albeit it was sometimes hard to stick so closely to the truth when they both suffered such appalling treatment at the hands of others. I wanted them to fight back, to enjoy a happy-ever-after ending. But changing their character or events would not have been right. In an biographical historical it was my job to show them as they really were. 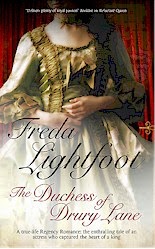 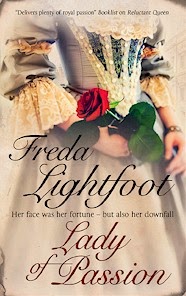 Amazon US
Posted by Freda Lightfoot at 8:00 AM