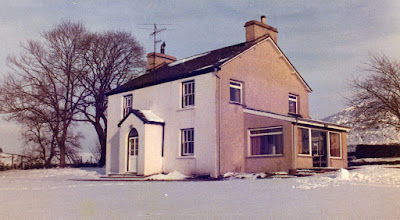 Inspired by my own efforts at living the ‘good life’ on the Lakeland Fells, Luckpenny Land was the first saga I ever wrote. We were living on a small-holding, out on Shap Fell in Cumbria. And as I trekked up the fellside in the dark of a freezing night to check if our sheep were about to lamb, or to feed a pet lamb, I’d be thinking: ‘There must be a book in this. But who would want to read about a middle-aged mum, with arthritis, being so stupid as to choose to live in a place where the pantry was colder than her wonderful Zanussi fridge? Where the winter snows freeze the mains water supply in the field below the house every winter, as well as the battery in her car as it stands buried in snow in the yard.

So I used those wonderful two words that writers love: What if? What if I wrote about a girl who wanted to be a sheep farmer. It was World War II and her very Victorian father thought that it wasn’t women’s work. I could then use many of the amusing incidents and anecdotes my family had experienced living this life, but write it as fiction.

Running a smallholding with a few sheep and a couple of dozen hens didn’t qualify me to write knowledgeably about running a proper sheep farm, let alone during WWII. I would need to do considerable research. When writing about a time within living memory it’s essential to get it right, and that includes the weather and state of the harvest. 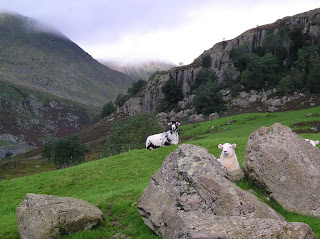 I began by interviewing Cumbrian farmers, who are stoic, strong, taciturn, and a tad distrustful of
strangers, particularly of people who have not lived in the Lake District for three generations. It’s not that they are unfriendly, only that they’re more used to the company of themselves and their animals rather than a nosy, would-be author. At this point in my career having published only short stories, articles, and 5 Mills & Boon historical romances, the prospect of a full-length saga was daunting. And I’d never done an interview in my life.

When I rang the first name on my list, a farmer out in the Langdales, I spoke first to his wife to ask if he would see me. ‘Happen’, she said, which I took as a yes. To be on the safe side I took my husband with me. As a local solicitor he was used to dealing with Lakeland farmers, and it worked like a charm. I asked the farmer a question, and he told David the answer. I was so nervous I didn’t even dare to switch on the brand new recording device I’d taken with me. I scribbled notes like mad, and even more later. 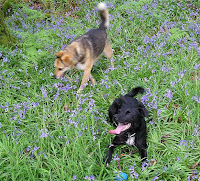 But he was marvellous. He took me through his farming year, explaining everything most carefully, and showed me pictures of his dogs. Not his family, his dogs. All the farmers I interviewed did that. It’s a nonsense to say that farmers don’t care about their working dogs. Mr G’s dog appeared in the book, much to his delight, although the accident the fictional dog suffered was far more dramatic to that of the real dog, even if it had the same outcome. And no, I can’t say anymore without spoiling it.

Some of the farmers I spoke to were women. Although farming was a reserved occupation during the war, many men opted to join up and leave their wives to run the family farm. I learned from them how to kill and scald a pig, how to wring a chicken’s neck and pluck it. (my hens all lived to a ripe old age) Plus all the various wangles they got up to during the war, such as dressing up a pig as a person in the car so they wouldn’t be caught out selling one. This was at a time when such things were strictly rationed and controlled. Talking to these women inspired many plot incidents and ideas, some based on real life, including the most dramatic and painful which takes place in Luckpenny Land. And I won’t spoil it by telling you that either. Armed with the research, I started to weave a love story and plan the lives of my characters.

I also spent ages reading the newspapers of the period, finding out what was on people’s mind and how they coped. But then I love research, and talking to the people who actually remember what it was like back then is what inspires me the most.

I was fortunate enough to meet an agent at a weekend conference and told him all about my idea. He asked to see the book when it was finished, which took nine months, just like a baby. Just a few weeks after I’d delivered it, I was so excited to get The Call. There were offers from three publishers and I went with Hodder & Stoughton, now part of the Hatchette group. 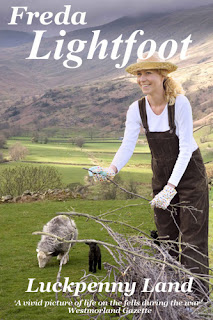 
Luckpenny Land turned into a mini-series and it has been an absolute delight to be able to revisit these stories. When I gave them a new life as ebooks I split the book into two as the print edition was far too long for an ebook, the second part becoming Storm Clouds over Broombank. Followed by Wishing Water and Larkrigg Fell.

Just returned from a wonderful holiday in Rome. What a fantastic city it is. Very noisy and busy but filled with amazing Roman relics around every corner. We stayed at the hotel Capo d’Africa near the Colosseum. Very friendly and excellent service. There were also a number of good restaurants close by. 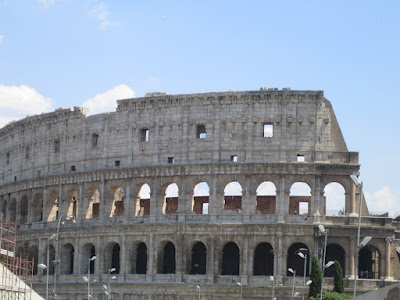 We visited all the important places, including the Colosseum, the Sistine Chapel and Vatican museums and St Peter's, the Pantheon, Castel Sant Angelo, and much more. A 3 day ticket from Omnia bought online covered the cost of entrance to the most important places, which included an hop-on-and-off bus. There was still some queuing involved but not as much as buying one ticket at a time.

We thoroughly enjoyed a guided tour of the Colosseum, hearing all about the horrendous games and spectacles that went on there, amounting to something like 700,000 human deaths, plus hundreds of lions, tiger, bears etc killed every day. It was damaged by an earthquake many years ago, but is still amazingly strong and absolutely huge, built to hold about 80,000 people, the aristocrats on the lower sections and the poor on the highest level. A portion of floor has been built in to show how it looked at the time, with a morass of channels and rooms beneath where slaves, animals and gladiators were held and trained. It is believed that around a third of gladiators survived, looked upon as celebrities because of their skills and bravery.

We also strolled around the Forum, facing the Colosseum, which is equally fascinating with its temples, basilicas, arches and pillars, the centre from which Rome was once ruled. My imagination told me that it must have looked both regal and beautiful in its prime. Sadly, it suffered considerable damage from an earthquake in the ninth century and eventually fell into decline as did Rome itself. The next day we visited the Vatican.


A walk through the Vatican museums to see the Sistine chapel at the end takes about an hour and a half, but it is worth it. The art work of Raphael, Michelangelo and others, and ceiling and wall decorations are superb. 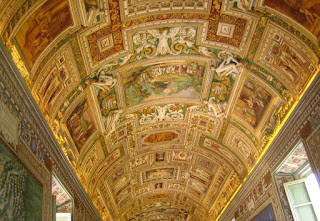 There is so much to see so it’s important to concentrate on the essential places, and accept the fact there are crowds of people sharing this experience with you. We planned each day with care, taking into account the stops for the hop-on-and-off bus to help us along our way. 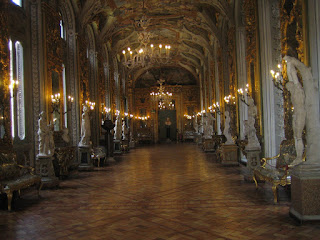 The wonderful thing about the city is that you can come across Roman remains or interesting buildings, around any corner. Quite by chance we found the Palazzo Doria Pamphili, a glorious palace situated on the Via del Corso. It cost only 8 euros to visit which included an audio guide in English telling the history of the building and the family who still occupy it. Absolutely beautiful, it’s one of the finest palaces in Rome. 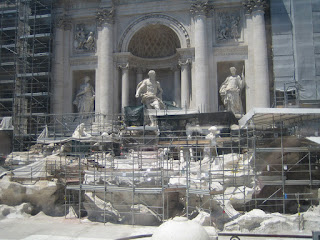 It seemed to us a fairly safe city, although a bum bag or money belt is safer than a handbag. And do take a hat against the sun, as it is very hot. Street vendors sell bottles of near-frozen water for 1 or 2 euros, as well as hats and parasols, ice cream etc.

The only disappointment was that the Trevi fountain is currently being restored but we did drop in a coin so that one day we hope to go again.


Posted by Freda Lightfoot at 3:08 PM No comments: