Muelle de las Carabelas is a fascinating museum close to Huelva, just west of Seville, in Spain. Its main exhibits are replicas of Christopher Columbus’s three ships, the Niña, the Pinta, and the Santa María.

In 1992 to celebrate 500 years since the discovery of America, these three replica ships sailed the route of Columbus’s first voyage to the Americas. They’d taken two years to build. 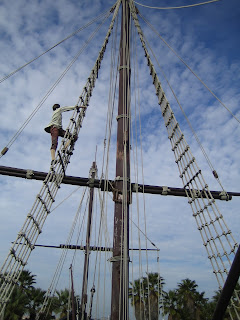 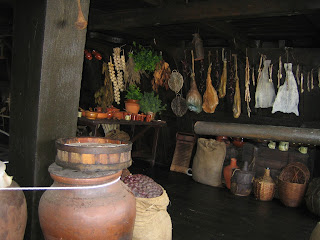 I loved exploring these quite small ships, even if climbing up and down the ladders had to be done with caution. Below deck there are replicas of food stores and work areas with statues of sailors working and climbing the ropes up the masts. There was also a display of cottages around this dock with statues replicating the natives. There is also a small area depicting the homes of ordinary English folk, food, and an imitation market of that time. It’s quite inexpensive to visit, and there’s a little shop, of course. 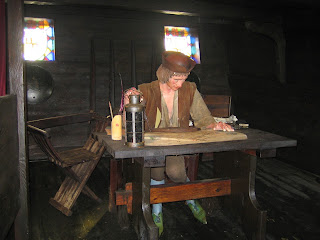 Columbus’s plan to explore the world was rejected by his home country of Italy, the Portuguese and initially by Isabella of Castille and Ferdinand of Aragon, as they were focused upon a war with the Muslims. He continued to work hard to persuade them and once the war was over in January of 1492, the Spanish monarchy agreed to finance his expedition.

He set out on his first Voyage to the New World in August of 1492, sailing from Spain in the Santa Maria, together with the Pinta and the Niña. His aim was to reach Asia (the Indies) via the western route, where he hoped to find gold and other riches. After over a month at sea they finally spotted land, not Asia but the Bahamas. 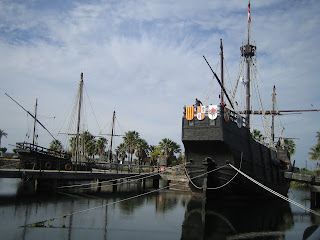 You can find out more about Columbus here: