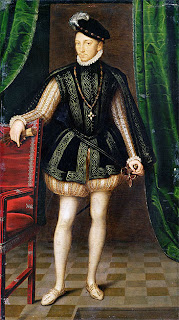 Living at court was expensive. Henry III demanded high standards of dress from his courtiers, and from his mignons. It was a requirement that every gentleman must possess at least thirty suits, the jacket short and pointed, and never wear the same clothes two days running. These must be of the finest silks and satins and bright of colour. The cloak or mantle must be placed just so over one shoulder, and allowed to fall from the other. One sleeve of the doublet should be worn loose at the wrist, and the other tightly buttoned. When on horseback, cavaliers were expected to ride with a drawn sword in their hand. Gloves of scented leather were popular, and Henri’s mignons favoured the tall ruff, so stiff that it crackled, a fashion which soon became the object of much satire and caricature. 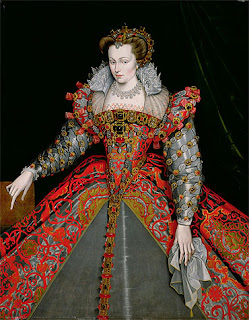 Ladies wore the skirts of their dresses open in front to display a richly coloured petticoat. The sleeves were full and often attached separately, and the gown cut daringly low in the neck. It was the fashion to wear a blond peruke, which Margot would do on grand occasions, atop which would be a cap adorned with plumes and jewels. More often she wore her dark hair naturally curled down her back.


Catherine de Medici had introduced the fashion of ruffs, but in her later years it was her daughter Marguerite de Valois who was considered the leader of fashion.

This is a description of her in my book Hostage Queen (paperback out now) as she prepares to meet the Portuguese ambassadors who have come to consider her as a possible bride for their King.


Pride and fear of the Queen Mother ensured that Margot look her best for the ambassadors. She bathed in warm scented rose oil, and Madame de Curton patted her dry before smoothing more fragrant unguents over her soft skin. The law strictly forbade any artisan or common bourgeoise to wear silk, which was permitted only for those of noble birth as it signified social prominence and power. Margot’s own chemise and petticoats were of the finest, costing more than some people earned in an entire year, as was her boned corset that cinched in her tiny waist, and the high lace edged collar that framed her beautiful face and her lovely bosom, so firm and white it billowed delightfully above the neck of her gown. The mere sight of it was meant to entice Guise to kiss it.

It was for him that she dressed this evening, her would-be lover whom she wished to impress, not the Portuguese ambassadors.

Margot had a natural talent for style and was already becoming a leader of fashion at her brother’s court. She knew how to adapt a gown, a dainty cap or ornament into something charming and desirable. The ladies and maids of honour would emulate the design, hoping to borrow some of the wearer’s beauty.

Her gown this evening was of cloth of crinkled gold tissue, the richest and most costly in her wardrobe. Diamond pendants in the shape of stars hung at her ears and adorned her throat. Her hair, which was dark and not considered to be a fashionable colour, suited her perfectly, enhancing her chestnut eyes. She had Madame de Curton twist and curl and arrange it high upon her head in the style favoured by her beloved late sister, the Queen of Spain. A touch of colour to her cheeks and lips and lashes, and she was ready.


Margot, however, was very nearly eclipsed by the dazzling magnificence of her own brother. Anjou was resplendent in a doublet and hose in a delicate leaf green, threaded with gold and silver, a white lace ruff of immense proportions about his slender neck. His dark hair was brushed up into curls behind his cap, and he smelled divinely of violet water.

The Portuguese ambassadors marvelled at the sight of such a fop, seeming more Italian than French with his olive skin and long eyes, and so very effeminate. He had clearly taken as much trouble over his toilette as many of the ladies. 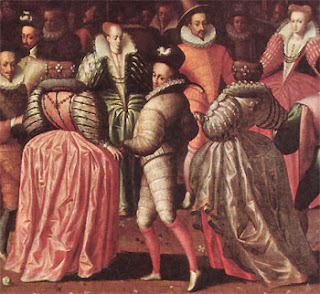 His favourites, or mignons as they were called, loved adornment, and happily advised the valets, or made comments as the King’s hair was curled with hot tongues till it smoked with the heat, then dusted with violet scented powder. One plucked his eyebrows, leaving a clearly defined arc above each elongated eye, while another prepared a paste of rose water and cypress oil to apply to his cheeks, forehead, and neck. Last of all, the chief valet knelt before the King, gently tugged on his beard to open his mouth, then after rubbing a white powder on to his gums, took some false teeth from a tiny cedar wood box and fitted each one wherever there was a space. With his beard washed with perfumed soap and water, and neatly brushed, Henri was at last ready.

In the court of sixteenth century France, style was everything.
Posted by Freda Lightfoot at 12:40 PM 3 comments: 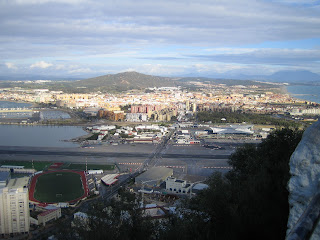 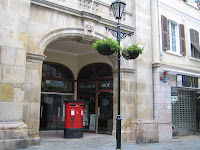 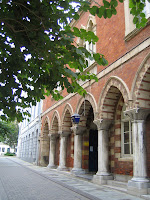 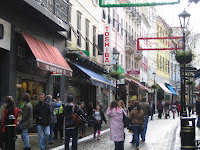 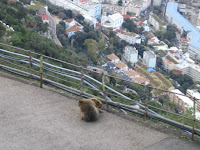 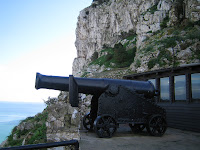 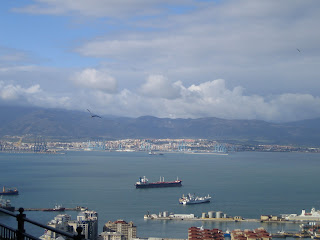 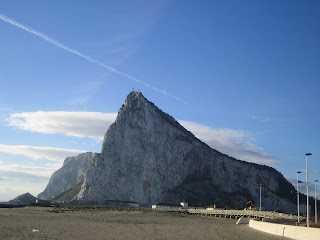 Posted by Freda Lightfoot at 3:08 PM No comments: