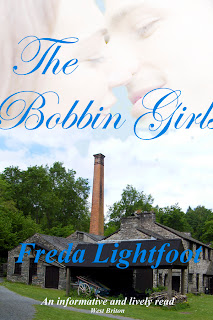 The Bobbin Girls is one of my favourite historical sagas. It did well in print and is now available from Amazon, Apple, Kobo, Smashwords etc., as an ebook.

It was a joy to revisit it for editing purposes, as I’d largely forgotten it. And quite a learning curve to make covers in Photoshop and publish it, but well worth the effort.

It’s the story of a powerful young love blighted by a dark secret from the past which might, or might not, be true. I remember that I loved doing the research as I found such marvellous people to interview. The late Bill Hogarth, who spent hours taking me through Grizedale Forest teaching me the tricks of his trade on coppicing, making hurdles and swill baskets. Stan Crabtree and Bill Grant also enlightened and entertained me on the skills of forestry.

Even the charcoal maker patiently explained his craft to me. 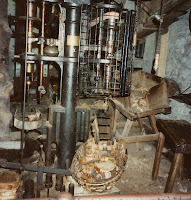 Most of all I loved the evening I spent with the ‘Bobbin Girls.’ Eileen Thompson, Joyce Wilson and Pat Hogarth regaled me with their yarns and the wonderful tricks they played on each other: the vermin in the wood shavings, the mouse in the lunch box. They carefully described all that was involved in the making of bobbins, a skill I would not wish to try considering the hidden difficulties and dangers. It was said that you could always recognise a bobbin maker as he/she had a digit missing! I take my hat off to them. But this is a romance, so of course, there is a happy ending.


The Story:
Alena Townsen, a fiery tomboy from a large, happy family, wants nothing more than to spend the rest of her life with her childhood friend, Rob, the only son of James Hollinthwaite, a wealthy landowner. Hollinthwaite, however, has other ideas and when he forces the two to part Rob is sent away to school while Alena must start work in the local bobbin mill. Life is hard and her love for Rob severely tested. Torn between two men, her indecision is heightened by the knowledge of a tragic secret. Dolly Sutton has problems of a more intimate nature, while shy and unassuming, Sandra Myers finds herself an unlikely campaigner against Hollinthwaite’s destructive plans for the village when he ruthlessly sacks the man she loves. 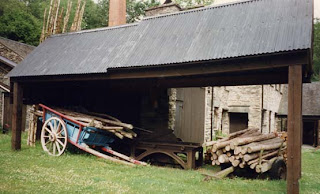 You can find it on Amazon by clicking here: The Bobbin Girls
Posted by Freda Lightfoot at 5:06 PM 2 comments: