My latest title, Angels at War, out this month in paperback, is the sequel to House of Angels, although the story will stand alone. Again this book is set in the Lake District, partly in the beautiful Kentmere Valley around the time of the First World War It’s a beautiful quiet corner of England which hasn’t changed much since. The nearest village is Staveley, situated between Kendal and Windermere, and the hills can offer some of the best walking the Lakes. Here is picture to tempt you to visit. 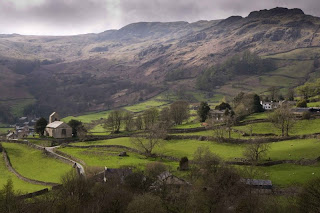 But this book is also about suffragettes. The suffragette movement in Great Britain was focused around Manchester as that is where Emeline Pankhurst and her family lived. The general election of 1905 brought it to the attention of the wider nation when Christabel Pankhurst and Annie Kenny interrupted Sir Edward’s speech with the cry: ‘Will the Liberal Government give votes to women?’

They were charged with assault and arrested. The women further shocked the world by refusing to pay the shilling fine, and were consequently thrown in jail. Never before had English suffragists resorted to violence, but it was the start of a long campaign. Their headquarters were transferred from Manchester to London and by 1908, and now dubbed the suffragettes, they were marching through London, interrupting MP’s speeches, assaulting policemen who attempted to arrest them, chaining themselves to fences, even sending letter bombs and breaking the windows of department stores and shops in Bond Street. They went on hunger-strikes while incarcerated, brutalised in what became known as the ‘Cat and Mouse Act.’ This ‘war’ did not end until 1928 when women were finally granted the vote in equal terms with men. They showed enormous courage and tenacity, were prepared to make any sacrifice to achieve their ends. 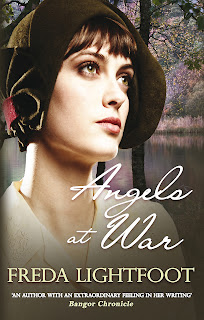 Livia is one such woman. She is fiercely independent – a ‘modern’ woman in her eyes, and having suffered at the hands of a brutal father, she is reluctant to give up her independence and subject herself to the control of any male. She dreams of bringing back to life the neglected drapery business, but standing in her way is the wealthy and determined Matthew Grayson who has been appointed to oversee the restoration of the business. His infuriating stubbornness clashes with Livia’s tenacity and the pair get off to a bad start. She then joins the Suffragette Movement which puts further strain on her relationship with Jack, the other man in her life, who she has promised to marry one day.

I’ve written about suffragettes before, as the subject fascinates me. How passionate these women must have felt to put their lives at risk in the way they did. Here is a description from the book of the force feeding ritual.

This morning when the cell door banged open, instead of the tempting tray of food brought to plague them, came a small, stocky man with side whiskers and a mole on his chin. The wardress shook Livia awake.

‘Get up girl, the doctor needs to examine you. We can’t have you die on us for lack of food.’
There followed a humiliating examination in which she was again poked and prodded, a stethoscope held to her chest, her pulse taken. When he was done he turned to the wardress and gave a nod. The wardress smiled, as if he’d said something to please her. ‘If you will not eat of your own accord, then we must find a way to make you.

There were four of them now crowding into the cell, huge Amazonian women with muscles on them like all-in wrestlers, and they brought with them such a bewildering assortment of equipment that even Mercy paled.

They dealt with Mercy first. She fought like a tiger while Livia cried and begged them to stop, and finally sobbed her heart out as her protests were ignored. The four women held Mercy down, shoved in the tube and poured the liquid mixture into her stomach. When they were done they dropped her limp body back on the bed.

Then it was Livia’s turn.

She tried to run but there was no escape. They picked her up bodily and strapped her into a chair by her wrists, ankles and thighs, then tied a sheet under her chin. The sour breath and stale sweat of the women’s armpits made her want to vomit; their heavy breasts suffocating her as they held her down. The wardress was panting with the effort of trying to force open her mouth, while another woman held her nose closed. Livia did her utmost to resist, heart racing, teeth clenched, but she could scarcely breathe.

Then she felt the cold taste of metal slide between her lips. The implement, whatever it was, cut into her gums as the wardress attempted to prise them open. Livia tried to jerk her head away but it was held firmly by one of the women standing behind her. Once again pictures flashed into her mind of the tower room at Angel House, the place where her father had carried out unspeakable tortures upon the three sisters, bullying one in order to control the other

Livia hadn’t been able to escape then, and she couldn’t now.

The constant stabbing at her gums and teeth was every bit as painful as having one drawn. The steel probe scraped against her gums, and Livia tasted the iron saltiness of her own blood, felt it trickle down her throat. She heard the rasp of a screw, felt the inexorable pressure of a lever. Either she opened her teeth beneath the unrelenting pressure of the steel instrument, or they would shatter. That’s if she didn’t die of suffocation first.

As Livia snatched at a breath a tube was instantly shoved down into her stomach. ‘Gocha!’ the woman cried in triumph.

It scraped down her dry throat, causing the muscles to convulse. Then the screw, or lever, whatever it was, jammed firmly between her teeth so that she could resist no more as a curdled mix of milk and egg was poured into her.

Livia felt as if she were choking, as if her entire body were filling up with the liquid and drowning her. When the tube was finally pulled out, the whole mess seemed to explode out of her, spraying the clean aprons and hard, unyielding faces of her assailants. They were furious and flung her on to the hard bed, gathered up their equipment and left her blessedly in peace, stinking of sour milk and vomit.

Addresses don’t come much grander than ‘Number One London’, the popular name for Apsley House. 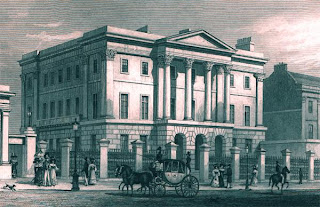 On a recent visit to London and finding ourselves close to Hyde Park Corner where I was enjoying watching the Household Cavalry, we came upon this wonderful eighteenth century house quite by chance. 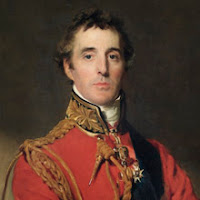 It was the home of the Duke of Wellington following his victory over Napoleon at Waterloo, and it seems to have changed very little since the days of the Iron Duke.

There’s a statue of Napoleon, a fine art collection with paintings by Velazquez and Rubens, and an amazing collection of silver and porcelain.

The house is delightful and full of interest but best of all I loved the Waterloo Gallery where splendid balls used to be held. I could imagine the room packed with the very echelons of society, ladies in their pretty pastel gowns, the gallants in their smart uniform, footmen moving between them offering champagne. 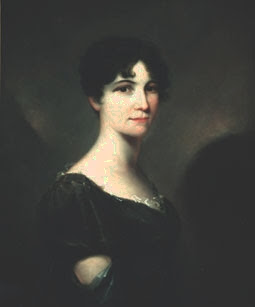 Harriet Arbuthnot (1793 –1834) a close friend of the Duke, often acted as hostess for these splendid events. She was rumoured to be the mistress of the Duke of the Wellington, although this is disputed. It was said that he enjoyed his relationship with Mrs Arbuthnot because he found in her "the comfort and happiness his wife could not give him." They were certainly close and she frequently hosted his dinner parties as his marriage wa, apparently, a cold one, his wife residing mainly in the country. Earlier, Harriet had been very friendly with Lord Castlereagh, calling him her "dearest and best friend" until his death in 1822.

Married to Charles Arbuthnot, a politician who was also a great friend of Wellington, we can only speculate whether the friendship was indeed innocent or a ménage à trois? She was certainly a noted society lady in a perfect position to comment upon events, and became a noted diarist. Her observations and memories of life within the British establishment were full of gossip and detail, finally published in 1950 as The Journal of Mrs Arbuthnot. A rich and useful source for any fan of early nineteenth century London. She sounds such a fascinating woman that I’d like to know more about her. But do call at Number One, London. Apsley House is most definitely worth a visit.
Posted by Freda Lightfoot at 9:00 AM No comments: