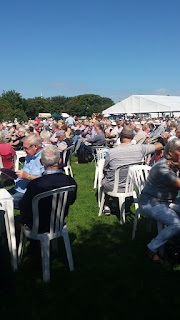 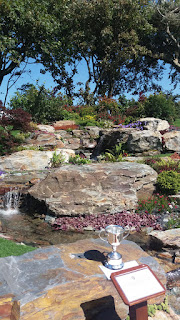 We enjoyed a wonderful day at the Southport Flower Show this week, on a bright sunny day. There were thousands of people present.

And lots of wonderful events as well as flowers, veg and food and other items on display or for sale. It's always worth a visit. 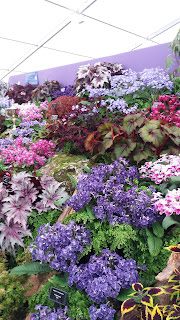 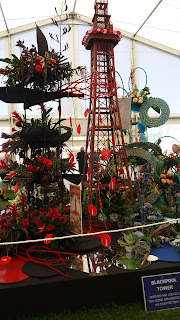 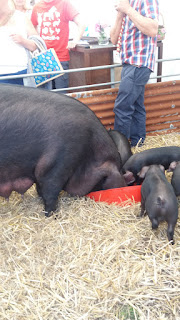 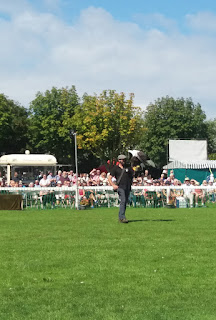 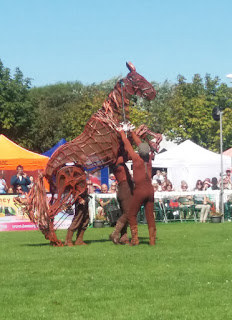 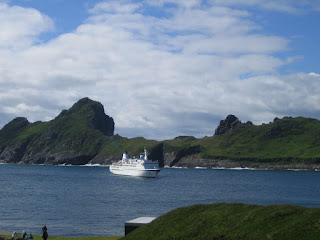 We enjoyed a wonderful cruise around the Scottish islands in June, visiting St Kilda, the Orkneys, Hoy and Shetland. Full of history, beautiful countryside and generally pretty good weather. Such a treat. St Kilda was fascinating and thankfully a sunny day. Now owned by the National Trust it still has a graveyard, post office, small shop, and a museum house. 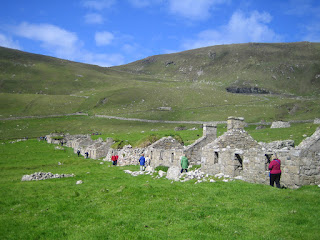 We explored the curved row of ruined houses and the replacements built in the 1830s after the original ones were damaged by a gale. Now they are no longer occupied by anyone as occupants finally departed in 1930. Some have been reformed and are lived in by members of the NT. 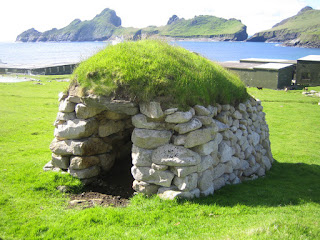 It was interesting to see the byres where folk used to store their food, often used as shelters by the flock of primitive sheep who occupy this land. It’s very much considered a Natural Nature Reserve. There are many wonderful seabirds including puffins, gannets, fulmars, shags, cormorants, oystercatchers and many others. There are also meadow pipits, snipes, wheatears and St Kilda wrens, plus field mice who happily live there too. 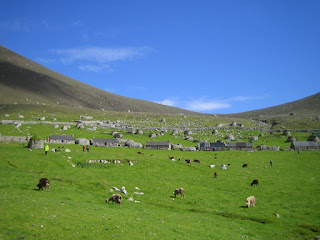 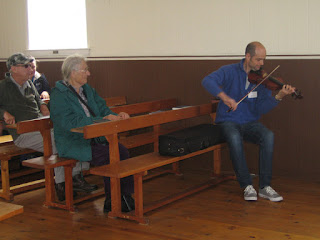 There was a small church with a school room attached. We listened to a young man entertaining us by playing his violin brilliantly.

There’s also a Military Base, to which there is no entry. They are no doubt present for defence purposes, having occupied parts of this land for some years. They keep watch over all the nearby islands and also provide some basic facilities such as electricity and fresh water for the tourists etc. 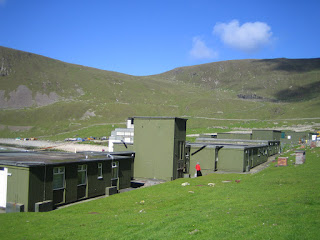 Being a remote island it is said to be the remains of an ancient volcano in the Atlantic ocean, west of the Outer Hebrides. Originally part of a group of remote islands called Hirta (now known as St Kilda), Soay and Boreray. It could have once been occupied by people who were ‘pirates, exiles or malefactors’, escaping justice for whatever reason. There’s nowhere to stay there, so definitely a place to visit on a cruise. This was the view of it when we sailed away. 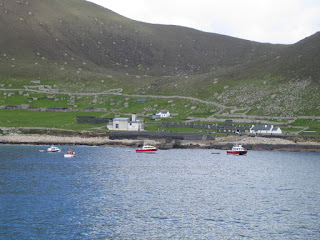