I have several favourite sagas and four of my original books which are part of my backlist will be republished by Canelo on 26th August. They have always sold well as have my others, including The Girl From Poorhouse Lane Series now published by Canelo and selling well. 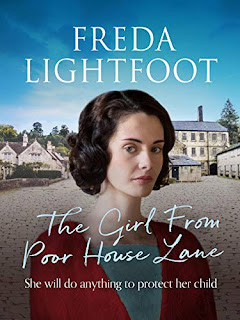 I sincerely hope these other books will also do well for them. I will put up pictures of them closer to the time. But here are a few details of their stories.

Watch for the Talleyman.
He’s after more than your money… Dolly Tomkins knows what it’s like to live hand to mouth. In the mean streets of 1920s Salford, the only one making a decent living is the talleyman - and Nifty Jack has a moneybag where his heart should be. Dolly’s mam is in hock up to her ears, but when Jack offers to wipe the slate clean in return for Dolly’s favours, she just can’t bring herself to do it. Instead, she takes him on at his own game, and in the process is in danger of losing the love of her life.

Dancing on Deansgate
They called it the Christmas Blitz, but there are no festivities for Jess, locked in the cellar by her feckless, tarty mother. And when Lizzie is imprisoned for shoplifting, Jess is sent to live with her uncle, a bullying black marketeer, who treats her like a slave. Her natural musical talent offers an escape route - and the chance for love. But Uncle Bernie has never forgiven his niece for refusing to join his illegal schemes, and threatens to deprive Jess of her hard-won independence.

The Favourite Child
Isabella Ashton has always been her father's favourite, but when she becomes involved with the new Birth Control Movement, Simeon is scandalised. It’s 1928 and running a family planning clinic in Salford is challenging but rewarding work, and Bella is grateful for the help of Violet Howarth, a big, generous-hearted woman who takes her in off the street. A friendship with Violet’s son, Dan, quickly turns to love. But Bella also becomes involved with handsome ne’er-do-well Billy Quinn, leader of an illegal betting ring, and soon finds everything she has worked for put at risk, and herself in mortal danger . . .

Ruby McBride
The grand opening of the Manchester Ship Canal is a big day for Ruby McBride and her young sister and brother. Its glories fade into insignificance, however, when their mother Molly, due to illness, reluctantly entrusts her beloved children to Ignatius House, and the not-so-tender care of the nuns. Ruby, a rebel at heart, is always on the wrong side of authority, but when she is sixteen, the Board of Guardians forces her into marriage and she has to abandon her siblings, vowing she will reunite the family just as soon as she can.

Convinced that her new husband is a conman, she discovers life on the barge is not at all what she expected. She is furious at being robbed of the chance to be with her childhood sweetheart, Kit Jarvis, so resists Bart’s advances for as long as she can. But Ruby’s courage and spirit enable her to rise above the disadvantages of her birth and make a life for herself within the thriving community of waterways folk.

And on 23rd September they will next publish The Champion Street Market Sagas, of which there are six of them. More details of these later.
Posted by Freda Lightfoot at 7:00 AM No comments:

I wasn’t able to check where he was buried, as we didn’t visit Belgian when in France, maybe another time, and sadly I can’t find a picture of him. 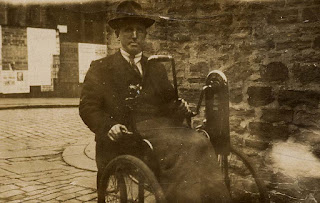 He and his family originally lived in Norfolk, but moved up to Accrington to find a job in the Cotton Industry. His parents were: John Akred and Elizabeth Bunkall.

His brothers were:
Ernest Henry – born 1882
Albert – born 1884 - Pte Joined Accrington Pals 1st - 5th July 1916
Edward – born 1888 (my grandfather) married Clara Thompson (my grandmother), but developed Multiple Sclerosis and sadly died in August 9, 1938, before I was born so I never met him. He did not take part in the war as he was ill from quite a young age, and I do have this picture of him.

Another great uncle of mine did take part in the First World War, and he fortunately did survive. I believe had about five children. Here is a picture of him that I found in the list of War details.